These Spyridium vexilliferum photos were taken of a single plant in Black Hill Conservation Park 24 January 2015.
The flowering has occurred after heavy rain a couple of weeks before. The E-flora of SA describes the flowering time as “throughout the year”, so opportunistic flowering appears likely.
The plant was growing in the shelter of eucalypts, sheoaks and Acacia, and although it had a north facing aspect was in a sheltered valley, about 350m above sea level.
According to the plant list compiled by R.Taplin of Black Hill Conservation Park in 19 September 1995, the subsecies is Spyridium vexilliferum var. vexilliferum , known as the winged spyridium.
The range of this sub- species is from lower Eyre peninsula through to Tasmania.
http://www.oznativeplants.com/plantdetail/Winged-Spyridium/Spyridium/vexilliferum/zz.html
http://www.flora.sa.gov.au/cgi-bin/speciesfacts_display.cgi?genus=Spyridium&species=vexilliferum&iname=vexilliferum
http://bie.ala.org.au/species/Spyridium+vexilliferum+var.+vexilliferum
http://bie.ala.org.au/species/urn:lsid:biodiversity.org.au:apni.taxon:546150
http://en.wikipedia.org/wiki/Spyridium_vexilliferum

Mistletoes create rich diversity because of the insects and animals they attract. They are a parasitic (hemi-parasitic) plant that has no roots of its own and grows out of the branches of trees. Their leaves mimic the dominant host plant in their range of distribution – Next time you’re out in the bush and you notice a section of the tree where colour and shape changes, chances are you are looking at a Mistletoe. Australian Mistletoes are renowned mimics and are not related to the “kissing ritual” Northern hemisphere types.

I was hundreds of yards behind the others in a Eucalypt forest on the slopes of Mount Lofty in a part of the Cleland group of Parks whose specific name escapes me, and I was rushing down a kangaroo track to catch up and suddenly found myself standing in squelchy, peaty wetness – I squealed – My friends assumed it was the cold water seeping into my shoes, but it was because I was surrounded to eye level by a dense mass of the most beautiful species of a fern that was completely new to me – It was all around me and I just stood in the bog, madly snapping away and raving about the species! – It was a moment of pure magic! – Unfortunately as usual, my friends demanded that I hurry up, and so I didn’t get to search for other species in this amazing micro system! I did manage one quick snap of a sad specimen of Blechnum nudum, the Fishbone Water Fern.
http://en.wikipedia.org/wiki/Gleichenia_microphylla

There is a lot of confusion with plant taxonomy at the moment, and this is one of the victims – Some call it Caladenia leptochila, and others use the name Arachnorchis leptochila ssp leptochila. It often grows nearby to other species such as Caladenia tentaculata, but it is much more slender and the scented tentacled petals, or segments,  curve more vertically upwards. It has a hairy stem and is 15-45cm high.
Its flowers can be seen usually on solitary spikes in Spring, from September to November in the Mount Lofty Ranges. According to NOSSA, it prefers “leached, stony soils”. I first encountered it in close proximity to Caladenia tentaculata and at first thought it must be an emerging flower of that species, but after walking around the gravelly, gentle slope, I saw there were clearly two species – I was so stunned by these two species and the others I saw that day! One of the greatest days of my life and my brother and I still refer to that day as Orchid Day! See my other posts on Spider-orchid species here:

I haven’t seen an Arthropodium with this colour or quite this shape before – I really don’t know why this looks like this. I have noticed the way the flowers connect to the stems is a little different, thinner and more feeble than Arthropodium strictum, and also the arrangement along the stem, and possibly small differences in the sex parts, plus the edges of the petals almost look serrated, whereas A. strictum looks more fluted and undulating – The colours on the stamens are different in my specimens, but many specimens are more purple on the anther part of the stamens and the greenish filament part which connects to the flower is cream yellow on mine – This is not, therefore, a universal example of the appearance of this flower and I have insufficient knowledge to know why these I have photographed differ. See also my entry on Arthropodium strictum aka Dichopogon strictus.

This is not a common species, but it is pretty spectacular! One source in The South Australian Naturalist, November, 1919, described it as “The most robust member of the genus”, and in The Gardener’s Chronicle, April 15th, 1882 this species was described as “…the largest and most beautiful Thelymitra known”. Flowers about 3cm wide heavily clustered up a tall stem 35-75cm high. Among the many similar plain blue species, this is possibly the least difficult to identify because of its size and the lemony colouration of its central sex parts. Like all Sun orchids, this species needs warm weather over 25 degrees C to open the flowers. It blooms from October to December.

From Wikipedia:
“Juncus pallidus, commonly known as the Pale Rush, is a species of rush that is native to southern Australia. It is a vigorous, tufted, tussock-forming, rhizomatous perennial herb with culms growing to 70–135 cm in height. The inflorescence, which is 25–185 mm long, contains many straw coloured flowers, each with six floral segments. It is usually found in moist, nutrient-poor soils subject to periodic flooding, such as fresh and brackish waterways, including swamps, creek banks, lake edges and sand seeps.”
Thanks to Michael Starkey for the ID.

I took these pictures on a warm, windy day and these Orchids are a striking sight – waving about. The Australian bush is full of spiky-looking critters, especially insects, and this Spider Orchid is designed to attract just such a critter, using its critter-like features, as well as its pheromones! – The tentacles have a wasp-like scent that draws the male Thynnine Wasp in to pollinate with the “apparent” flightless female it sees in the shape of the middle of the flower. The Orchid smears pollen on the Wasp when it attempts to mate, and the pollen is carried to the next Orchid flower by the unsatisfied Wasp, where the pollen is rubbed off, completing the transfer and enabling the fertilization of the flower – A complex, marvellous deception that demonstrates the interwoven evolution of these species by their mutual dependence. 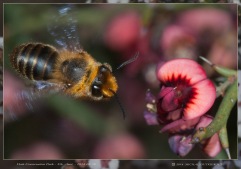 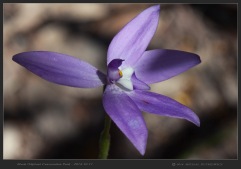 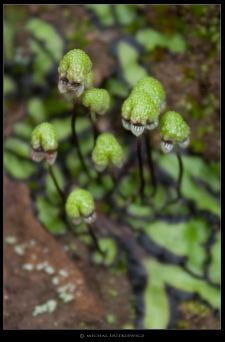 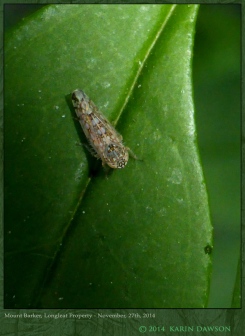 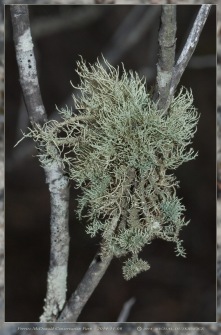