Amber-coloured Beetles that feed on dead plant and fungal matter and live in a variety of habitats including forests, heaths and urban areas including gardens. The adults can fly but rarely move even when disturbed and then fly slowly. Their two eyes wrap around the base of each antennae. The larva are dark brown and hairy, with a pair of hooks on the rear end and they live in the ground and come out in numbers to feed at the surface by night on vegetable litter including fallen Eucalypt leaves which they leave skeletonized.

Tangle-veined Flies feed on nectar and flowers, using their long proboscis – They are from the family Nemestrinidae and have relatives in the Tabanidae etcetera, such as March Flies and Horse Flies, that feed on blood. They can hover, and sometimes are mistaken for the BeeFlies of the family Bombylidae, but Nemestrinidae have shorter wings and their abdomens are longer and pointy. Their larvae are parasitic.

These were found on what I believe were Acacia pycnantha trees, at least 200 yards apart on different tracks, and I think they were feeding, although in my excitement, I didn’t take much notice – All I could think was “Get the shot!”: – I had wanted to photograph a species like this for years – macro photography has finally given me the opportunity to explore the realm of the mini-marvels that reside all around us. I haven’t been able to find out much about this species yet.

Respect this creature’s territory! – Its bite usually causes pain that lasts for two days, but it can be fatal, causing anaphylactic shock. It has good eyesight, and will eyeball intruders and come after them. It is regarded as a primitive Ant, and solitary individuals are usually seen wandering the ground or up tree trunks, but they live in colonies – They are one of the largest Ants in the World. The adults do not eat solid food, but feed their larvae such fare – It was interesting seeing this fierce-looking individual making its way over the sand amongst the leaf litter, not producing the usual hostile display, even though I was quite close – It was carrying the larva in its mandibles, but I am not sure if this was food for the not-so-little ones or was a young one being relocated. They don’t sense chemicals like most ants, apparently, but rely on their eyesight – Once more – Beware! 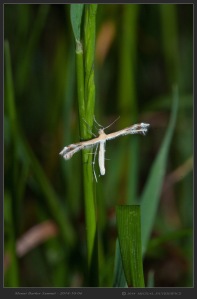 When I first saw this, I thought it was one of the strangest insects I had ever seen – After our trip, Karin and I had some looks at books to try to figure out what we were looking at – Eventually, I described it to Mike Gemmell over the phone and when I said the wings looked like two feathers on each side sticking out, he said “Oh hang on, I reckon that’s a Plume Moth!” – Even after that, I was still trying to figure out what was Moth-like about it, but since then, I have seen many Moths that have some of these characteristics. The legs are also strange – Once you “see” members of this Family, you can’t “unsee” them – They are very small, bizarre, but pretty common. The way they roll their forewings up is what really throws you – Strangeia by name, and strange by nature!

I suspect this caterpillar was ready to make a coccoon – I had never seen this species before, and I thought it was quite spectacular. Do not touch the hairs, they can be very painful! –  I have seen others since and they have always been much smaller – It is a pest on many species of trees and schrubs. – The moths are a rather plain, white. 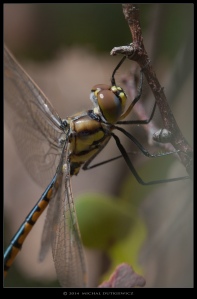 Kyeema Conservation Park has little in the way of open water that we could see, and yet here was a Dragonfly happily resting on a tree leaf. Dragonfly young are called nymphs. They are aquatic predators and look very different to the adults – According to Wikipedia; “Dragonflies possess six legs (like any other insect), but most of them cannot walk well. Dragonflies are among the fastest flying insects in the world. Dragonflies can fly backwards, change direction in mid-air and hover for up to a minute” 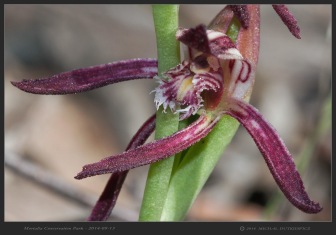 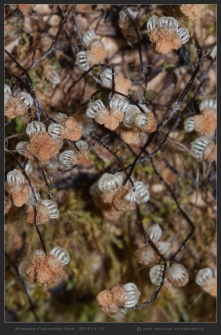 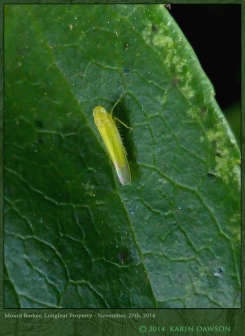